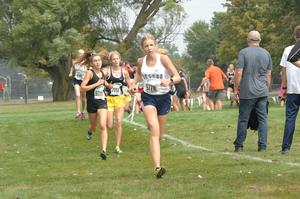 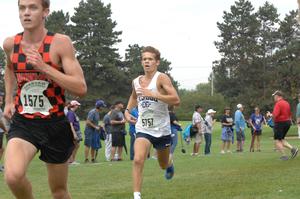 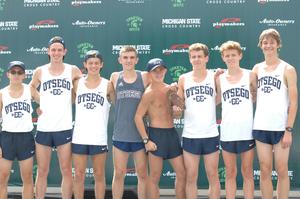 The Otsego High School cross country teams are once again making their mark in the history books for Otsego and looking ahead to success at State.
The legacy of Otsego's cross country program is known for success and the tradition continues with the 2019 season.
Both the boys and girls remain undefeated on their regular season. That resulted in a new Wolverine Conference record for the girls. The boys also recently took 3rd place at the Spartan Elite Invitational at Michigan State University putting their State championship hopes into the spotlight. The Spartan Elite invite is for all Division 1 and Divisions 2 schools to compete against each other with no separation. Otsego's boys placed 3rd behind two state-ranked Division 1 schools. The girls also had a great finish coming in 15th for that invite.
The girls broke the Wolverine Conference record after their 18-40 win over Vicksburg on September 5th. That was their 50th consecutive Wolverine Conference dual meet win. Their last loss was on October 8, 2013. That's a new Wolverine conference record. They had been tied with Gull Lake who set the previous record of 49 in the late 90's/early 2000's.
For the boys, their Vicksburg win of 15-26 marked their 39th consecutive win. They lost last October 7, 2014. They are now 83-1 over the past 9 years.
And the season is far from over. Stay tuned for more and #GoDawgs!
(Photos courtesy: Jason Wesseldyk)